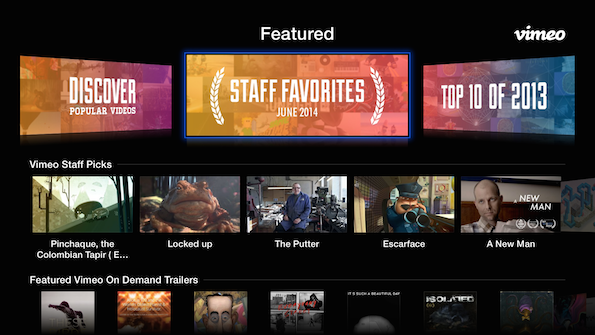 If you’ve ever watched a video online then the chances are you have visited the YouTube website to do it. But did you know that there are other websites out there that will allow you to watch, upload and share videos just like YouTube? In fact, there are many websites out there that offer the similar or even better functionality than YouTube. One of the largest of such websites is called Vimeo.

Vimeo was founded in November 2004 approximately a year earlier than YouTube, yet it only receives around 0.98% of the voice compared to YouTube’s 97.2%, and has only 100 million registered users compared to YouTube’s 1 billion. The main reason for this is thought to be that while the creators of Vimeo were developing it in their spare time alongside their college work, YouTube was heavily invested in by huge technology companies more or less from the outset, and then was sold to Google in 2006.

Despite the fact that YouTube is so much bigger, Vimeo is still pretty big. It still receives over 100 million visits every month, and makes around $40 million each year. So it’s no small fish, and it is probably YouTube’s biggest competitor, so is there any chance of Vimeo becoming bigger than YouTube in the future?

Probably not. For starters, the fact that YouTube already has over a billion registered users will mean that it will be pretty difficult to overtake. Although there are 7 billion people on the planet, there is still a massive potential audience for Vimeo, but the snowball effect will mean that as Vimeo continues to grow, so will YouTube. The difference is that YouTube will grow at a much larger rate as it has the financial capital and share in the video upload market to just keep growing.

It also helps that YouTube is owned by the largest search engine in the world, Google. When people search on Google and videos appear in the search result, statistically there will be more YouTube videos than any other website because of the fact that YouTube has so many more videos than the other video sharing websites.

There is also the fact that Google could show bias to its own products and therefore only return YouTube videos in search results. Google denies doing this, but there have been examples when this has in fact been the case. If Google is the largest search engine in the world and is not showing Vimeo videos in search results then it will be very difficult for Vimeo to become more popular.

One thing that may work in Vimeo’s favour is the fact that YouTube has so many ads these days. Ads appear before, after and now in the middle of some YouTube videos, which many people find extremely irritating. Vimeo offer a ‘Plus’ membership where advertisements will not be shown when members are logged in. Providing that this stays at good value for money, it could be a major reason for people to begin switched to Vimeo from YouTube.

There are also several other annoyances for YouTube users such as the fact that YouTube keep closing accounts, and the YouTube autoplay feature doesn’t work for a lot of people. These may be too much for some people to put up with and if they begin to search online for a YouTube alternative, Vimeo will be the most popular result.