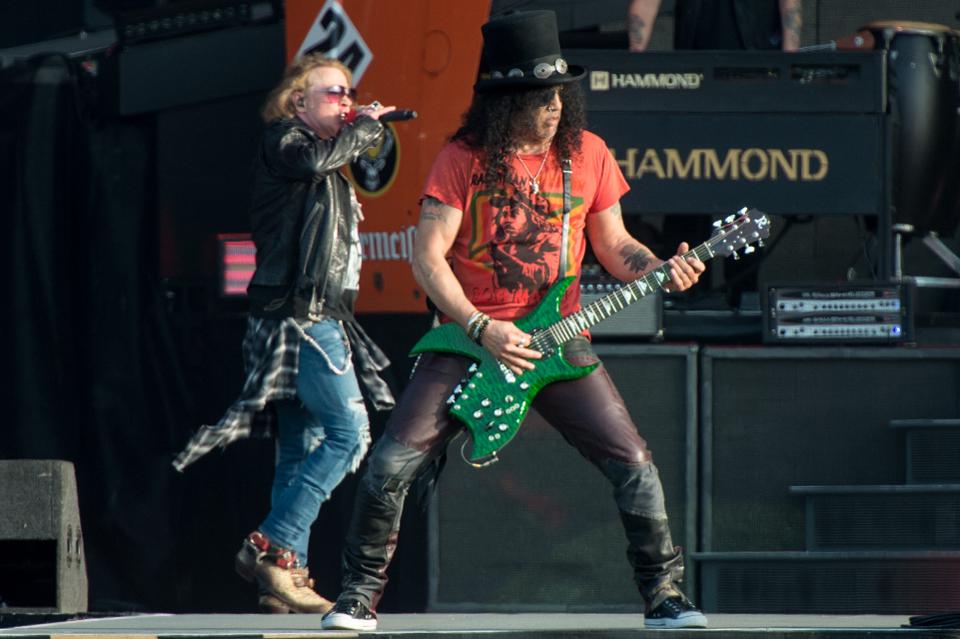 It’s official – November Rain is the 80s video with more views than the rest, and by quite some distance. In fact, it gets over 500k new views every DAY, not bad considering it was released 26 years ago. The idea of Guns N Roses has become as big, in some respects, as Led Zeppelin and Pink Floyd. GNR had and have a mythology that is so massive it actually has grown in their public visibility. Instead of not being able to live up to the hype and expectations the idea of a GNR reunion has made fans more insatiable, hence the Appetite box set as fans either relive their past with the group or new fans discover the music and hype that made GnR iconic.

Remember when all those people complained about how long Chinese Democracy was taking or wondered what Axl was thinking? Yeah, neither do most other people. Turns out he knew what he was doing all along.

Guns ‘N’ Roses may or may not be the biggest rock band in the world today. But no one can argue their place in history has only grown. The biggest video of the ‘80s on YouTube? It’s not, as you would expect Michael Jackson’s “Thriller” or anything from Prince’s Purple Rain or a Madonna clip. It is Guns ‘N’ Roses’ “Sweet Child O’ Mine” at 692 million views. SO GNR have the biggest videos of the ’80s and ’90s. Damn.